If you want to save some money on your computer equipment, it is a good idea to choose a bundle that comes with a keyboard and mouse. Logitech offers plenty of such options. In this article, we will discuss the comparisons between Logitech MK270 vs MK320. Note that these two models have distinctive pros and cons. 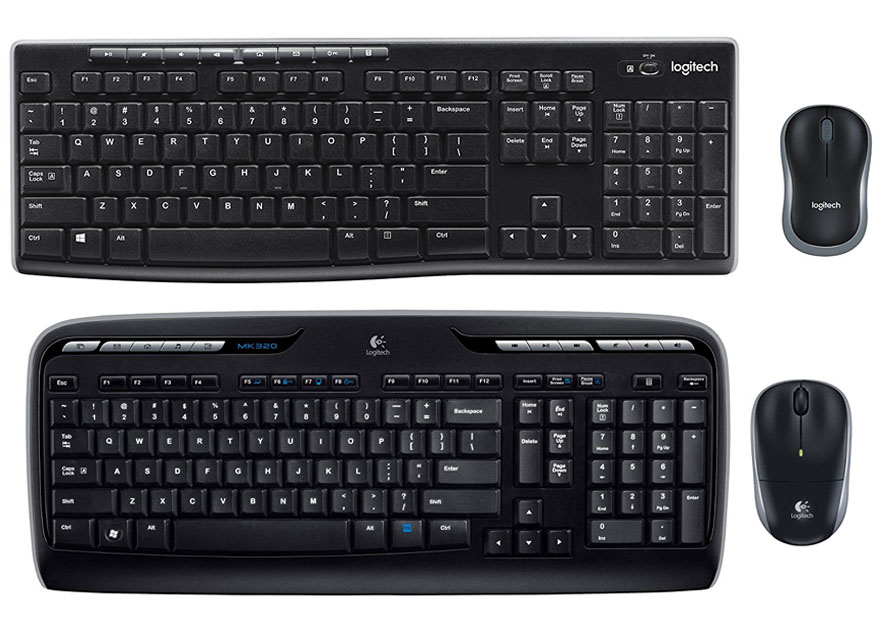 Continue reading below to find out about:
– The advantages and disadvantages of the two models
– The different features of Logitech MK270 and Logitech MK320
– Which one is the best keyboard and mouse bundle for the money

Size
The first thing that you need to consider when choosing between Logitech MK270 vs MK320 is their keyboard sizes. If you prefer it to be compact and space-friendly, Logitech MK270 is more recommended. However, if you are fine with a slightly bigger keyboard, Logitech MK320 is fine.

Logitech MK270 comes with a more compact keyboard. The housing is kept at the minimal. It simply cradles the buttons without having any unnecessary part. This way, it can remain small and slim. It also does not have many additional buttons. If your desk has a very limited space, this is the suitable choice.

On the other hand, Logitech MK320 is slightly larger. It comes with more additional buttons that are placed a little further away from the primary keys. The housing also expands wider, and it has more part at the bottom which may provide support for your wrists.

If you only need a wireless mouse, without the keyboard, make sure that you check Logitech M317 vs M185. These are nice affordable wireless mice.

On Logitech MK270’s keyboard, you can find eight shortcut keys. These keys have specific functions, including volume controls (up, down, and mute), play/pause, music, movies, e-mail, and Internet. The volume controls are especially handy, as they enable you to adjust the master volume without having to access your desktop.

Additionally, note that Logitech MK320’s keyboard is equipped with whisper-quiet keys. The keys are very silent. So, this is a great choice if you don’t like noisy keyboards.

The two models use the same batteries and have similar battery life. Logitech  says that the keyboard can last for up to two years on a single battery. Meanwhile, the mouse can last for about a year.

Conclusion
In general, Logitech MK320 is more recommended. This model comes with a better keyboard, which has more additional buttons, some of which are programmable. It is useful for quick commands and macros. The mouse also looks nicer with an indicator light.